Newstead is a beautiful and unique place. The house has been here for over 800 years and holds many compelling stories from across that whole stretch of time.

The Abbey best known as the home of Lord Byron, one of the most remarkable men in 19th century Europe. A gifted and celebrated poet, Byron is revered as a great scholar, lover, freedom fighter, traveller and athlete. He loved his home at Newstead, which inspired some of his most heartfelt work.

Newstead Abbey and a large part of the estate were purchased and gifted to Nottingham City Council, as a memorial to Lord Byron, in 1931 by Sir Julien Cahn. It was formally opened by the Greek Prime Minister, Eleftherios Venizelos. 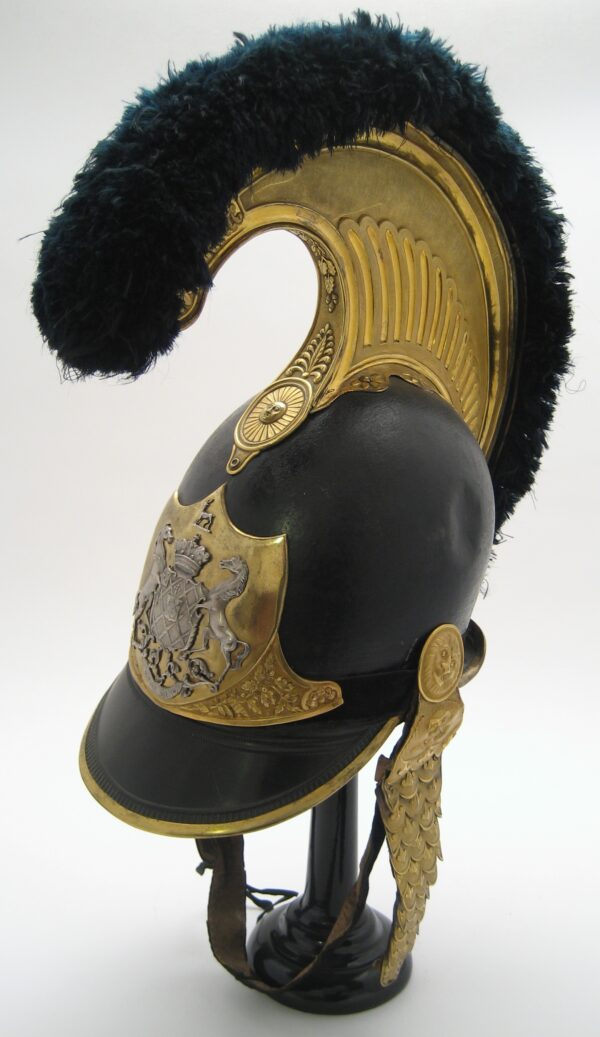 Lord Byron had this helmet specially made for his voyage to Greece in 1823. It bears the Byron family coat of arms and their motto Crede Byron (‘Trust in Byron’), it is certainly a flamboyant statement, suited to the man and his personality.

This was one of three helmets that Byron commissioned from the skilled metalworker in Genoa, Giacomo Aspe, before he travelled to Missolonghi. The others were for his friends Pietro Gamba and Edward Trelawny.

Byron travelled to Greece as the representative of the London Greek Committee, an organisation established in England to lend support for the Greek independence movement. He died suddenly of a fever only a few months after arriving in Missolonghi. This helmet was laid on top of the coffin at his funeral. 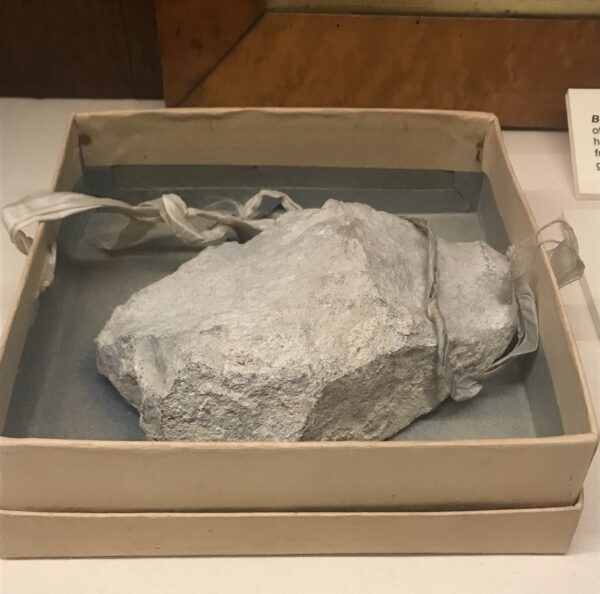 Lord Byron arrived in Greece in August 1823, staying initially at Cephalonia. As he approached Greece he said to his friend Trelawny: “I don’t know why it is, but I feel as if the eleven long years of bitterness I have passed through since I was here, were taken off my shoulders”. Byron had first visited Greece in 1811.

He moved to Missolonghi in December, staying in this house until his sudden death in April 1824. 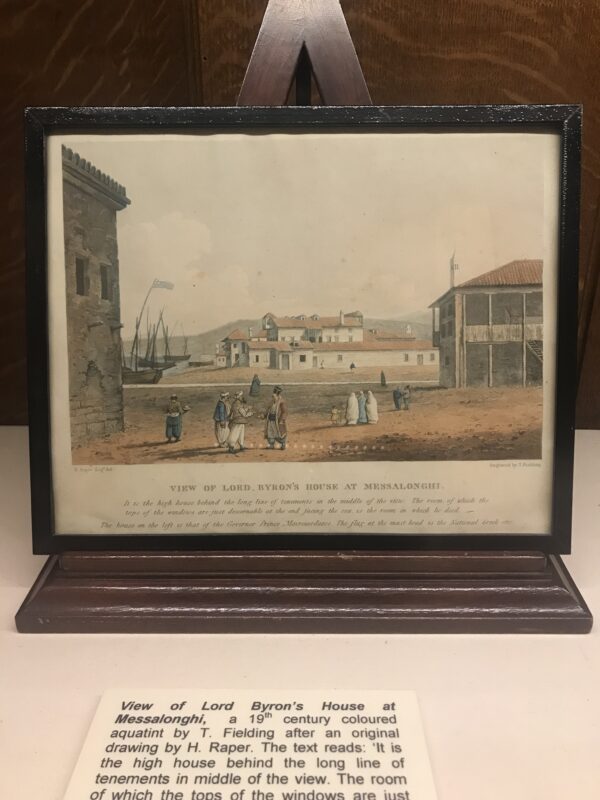 The caption on the view reads:

It is the high house behind the long line of tenements in middle of the view. The room of which the tops of the windows are just discernible at the end and facing the sea is the room in which he died. The house on the left is that of the Governor Prince Mavrocordatos. The flag at the mast head of the boat was the symbol of the Greek  independence movement at that time – now the national flag of Greece.

Get the latest from Nottingham Museums straight to your inbox.